The slashing of prices leads to flight wave (of doctors)

The ‘musts’ for the talks (to begin) as Mevlut Cavusoglu lists them as an ultimatum. Akinci’s irritation over what Ankara demands from the TCs.

The archaeological treasure is without any protection

Our cultural heritage is being sacrificed by the Archbishopric’s business activities. After the declassification of the plot by the cabinet despite the refusal by the Antiquities Department and while excavations were underway, works were halted. Now the Archbishop’s permission is required for them to carry on, but he has been refusing since last August.

Second confrontation of Akinci with Turkey

After telling Erdogan off, he is now picking on (Turkish FM) Cavusoglu. The TC leader is calling on the Turkish foreign minister to stop statements that spread division and sends Ankara the message: “We do not welcome behaviours and attitudes that look down on TCs, while TCs must promptly free themselves from the need of seeking help from Turkey.” “No to a superior-subordinate relation.”

The dailies on Friday focused on TC leader Mustafa Akinci’s response to criticism by Turkey’s FM Mevlut Cavusoglu with only some reporting on the social meeting of the two leaders on Thursday evening during a UN event in Nicosia buffer zone.

According to Cyprus Mail, Phileleftheros and Alithia, the two leaders exchanged pleasantries and had a brief conversation at the reception, more than a month after their last meeting on September 6. According to Phileleftheros it was an awkward tete-a-tete.

Only Alithia reported extensively on the reception held by UNSG Special Representative Elizabeth Spehar at Ledra Palace on the occasion of UN Day where the two leaders had the opportunity to meet.

The paper reports that Spehar, in her speech, called on the two leaders to redouble their efforts to conclude the Terms of Reference and return to negotiations. She also said they still have an opportunity to take a mutually acceptable solution to the finish line, but they will need to be ready to explain it to, and promote it with, their constituencies. The UN, including the Secretary-General himself, is ready to play its part. All parties will need to do the same, she said.

Spehar also pointed out that while the talks have stalled, the world has not stopped and changes are happening, with important implications, on and around the island with the current environment being challenging.

Spehar also referred to the critical role the UN in Cyprus but also on the role of the Secretary-General’s Good Offices that has steadfastly supported the peace negotiations.

She said that there were positive moments in 2019 as the leaders reached out to each other on several occasions, under the auspices of the UN, to work on reconciling their positions and paving the way back to the negotiating table while these efforts are still very much in progress.

The UN official also noted that the bicommunal Technical Committees are working more consistently on initiatives to improve the daily lives of Cypriots in the many fields that they are designed to work on. She added that the volunteer peace education initiative, ‘Imagine’, has shown promising results since, in the last two academic years, 3,665 students and 397 teachers from more than a hundred TC and GC schools participated in this programme which promotes inter-communal contact, understanding and a culture of peace, according to Alithia.

Most dailies also report that Farhan Haq, Deputy Spokesman for the Secretary-General, said on Wednesday that special envoy Jane Holl Lute has been in touch with the various parties in Cyprus and that progress has been good.

According to the dailies, Foreign Minister Nikos Christodoulides was in Athens on Thursday for a meeting with his Greek counterpart as part of coordination actions and plans ahead of the next steps on the Cyprus problem.

The papers also report that a European Commission spokesperson said the EC has continuously supported and accompanied the settlement talks under UN auspices and remains ready to do so in the future.

All papers report on the written statement on Thursday by Akinci in response to Cavusoglu’s statements the previous day which has been perceived as a continuation of the tense relations between the TC leader and Ankara.

Akinci said among other things that TCs want to enjoy political equality, freedom and security on this island through a federal settlement on the basis of two constituent states and desire a European and modern life while protecting and preserving their unique identity within international law.

He also said under no circumstances did TCs desire to become a minority of the GC community but they did not want an unhealthy and unbalanced relationship with Turkey either. He added that TCs urgently needed to be self-reliant and stop constantly seeking Turkey’s assistance and did not approve of actions or behaviour that evocates a superior-subordinate relationship.

Meanwhile, Phileleftheros, in its main item, lists Turkey’s terms in order to agree to sit at the negotiations table as put forth by Turkish Foreign Minister Mevlut Cavusoglu in his statements earlier in the week.

According to the daily, Turkey is willing to also discuss a federal solution but wants to set a clear framework before talks start. Cavusoglu also called for a negotiations document including the elements on political equality while there must be clarity on everything that is being negotiated on. He also said Turkey does not object to a trilateral but would also like a 5+1 informal meeting with the participation of the two sides, the three guarantors and the UN.

The talks can resume after an agreement is reached on what will be discussed at the informal meetings and after a negotiations document is prepared, he said, according to the daily.

Finally, Cavusoglu said the talks cannot be open-ended, while he expects the cooperation of the other guarantors and the two sides. If the GCs do not agree to negotiate within this framework then Turkey will not sit at the talks but rather carry on cooperating with the ‘TRNC’ as it has been, Phileleftheros reports.

Cavusoglu rushed to make it clear that he will not accept anything the two leaders agree on during their meeting with Guterres but rather sends out the message to both of them that for a solution to be possible they will both have to agree to Ankara’s terms. He demands compliance from both Anastasiades and Akinci, the paper reported.

KEY ACTORS
Spehar (UN)
>> Calls on leaders to intensify their efforts to conclude the ToR & return to negotiations.
>> Warns there have been many geopolitical changes since the talks stopped & the current environment is challenging.
>> There is still opportunity for a mutually acceptable solution but the leaders will need to be ready to explain it to & promote it with their communities.
>> The UN including Guterres are ready to play their part & all parties must do the same.
>> Welcomes the full implementation of the leaders’ 2015 agreement on CBMs with the introduction of interconnectivity of the electricity grids & interoperability of mobile phones.
>>  ‘Imagine’ programme has shown promising results since it brought closer thousands of pupils and hundreds of teachers from both sides of the divide during the last two academic years.

European Commission spokesperson
>>  The EC remains ready to support the talks as it has done in the past.

Akinci
>> TCs want to enjoy political equality, freedom & security through a federal solution & a European and modern life while protecting and preserving their unique identity within international law.
>> TCs do not want to become a minority of the GC community or an unhealthy & unbalanced relationship with Turkey dictated by a ‘superior-subordinate’ relationship.
>> TCs must learn to be self-reliant & stop constantly seeking Turkey’s assistance.

According to the daily, the defence minister has already launched a series of actions in relation to the Republic’s armament programme, with a focus on anti-tank and anti-aircraft systems, as well as high-tech equipment.

Citing sources within the National Guard the paper reports that a final decision is expected to be made soon on the purchase of a state-of-the-art radar system.

The defence ministry has spent €150m so far this year and in 2018 on equipment with plans also for next year.

Government sources told the daily that the process of the lift of the US arms embargo is at a very advanced stage. Such a development will not be merely symbolic, as at practical level, the US market gives Cyprus more options as regards the implementation of its armament programme, especially now that sanctions against Russia by the EU do not allow trade at this level for the time being, the source said according to the paper.

The papers report on the special Eurobarometer published on Thursday according to which 46 per cent of Cypriots would be comfortable with a president who was of a different religion than the majority and 45 per cent would not mind if they were from a different ethnic background.

According to the findings of the survey, 40 per cent of the Cypriot respondents would not mind their president being of a different sexual orientation than the majority. The overwhelming majority of those asked, 88 per cent in the EU and 91 per cent in Cyprus, said they would feel comfortable with a woman in a senior state post.

The majority, 61 per cent, of Cypriots believe discrimination against the Roma was widespread in the country, which was the same as the EU average, while 59 per cent of Europeans and 57 per cent of Cypriots though the same applied for different ethnic backgrounds.

According to Alithia Cypriots broke the taboos with their responses that have implications also on the Cyprus problem. The paper also said that things today have changed compared to 2011 when AKEL leader Andros Kyprianou said on the eve of the parliamentary elections that he would prefer a leftist TC for president instead of a right-wing GC which stirred a maelstrom of reactions.

Phileleftheros reports that almost half of Cypriots don’t care if the president was of different religion, other ethnic background or sexual orientation.

The daily hosts in its ‘Five minutes with’ segment representative of Youth Dynamics bicommunal group Margarita Malai, who spoke of the international seminar they organised in Agros earlier in the month on promoting peace and intercultural dialogue in the framework of ERASMUS+.

An educational visit also took place in Nicosia where participants visited the green line, the Ledra street observatory, the Stelios Philanthropic Foundation and the Home for Cooperation where they were briefed among other things on bicommunal peace initiatives.

Τhe papers report that the Supreme Court rejected the demand by a 28-year-old man from Syria to be released from the Menogeia detention centre on the suspicion of involvement in terrorist activities.

The man crossed to the government-controlled areas through the north last February and filed for asylum. In March he was informed that his application was rejected after emerging he was a suspect in another country on terrorism-related issues. He was arrested and was slated for deportation on grounds of national security. The man is detained at the Menogeia Immigration Detention Centre. In May he appealed his detention order which was rejected and filed a second appeal with the Supreme Court also seeking an annulment of the decision for his deportation which was rejected as well.

According to Alithia, the 28-year-old’s lawyer argues that his client is on the Terrorist Screening Centre’s database without knowing why, while he was never questioned as regards his alleged involvement in a terrorist organisation.

Turkish Cypriot press review: Give it up Çavuş(oğlu) 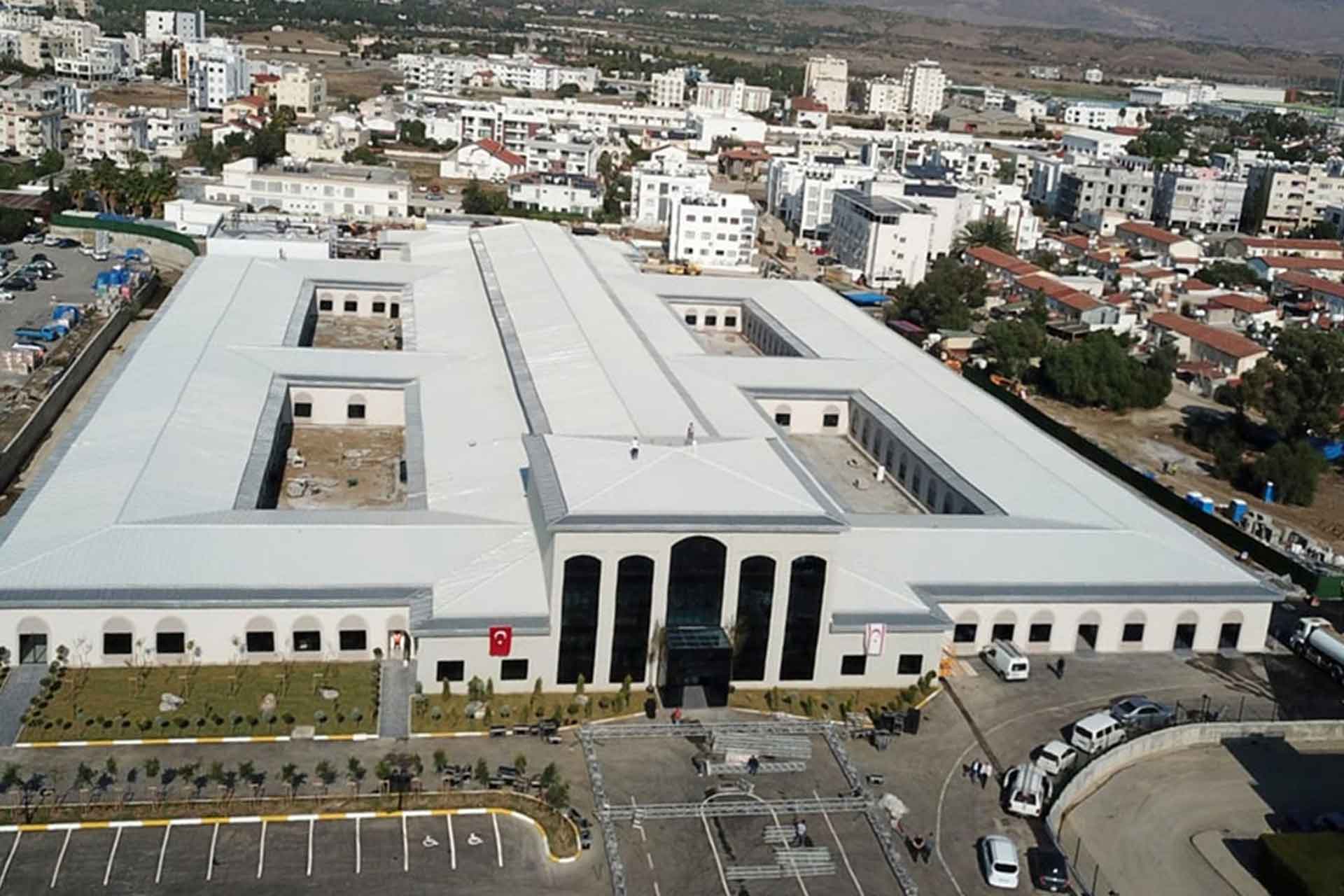